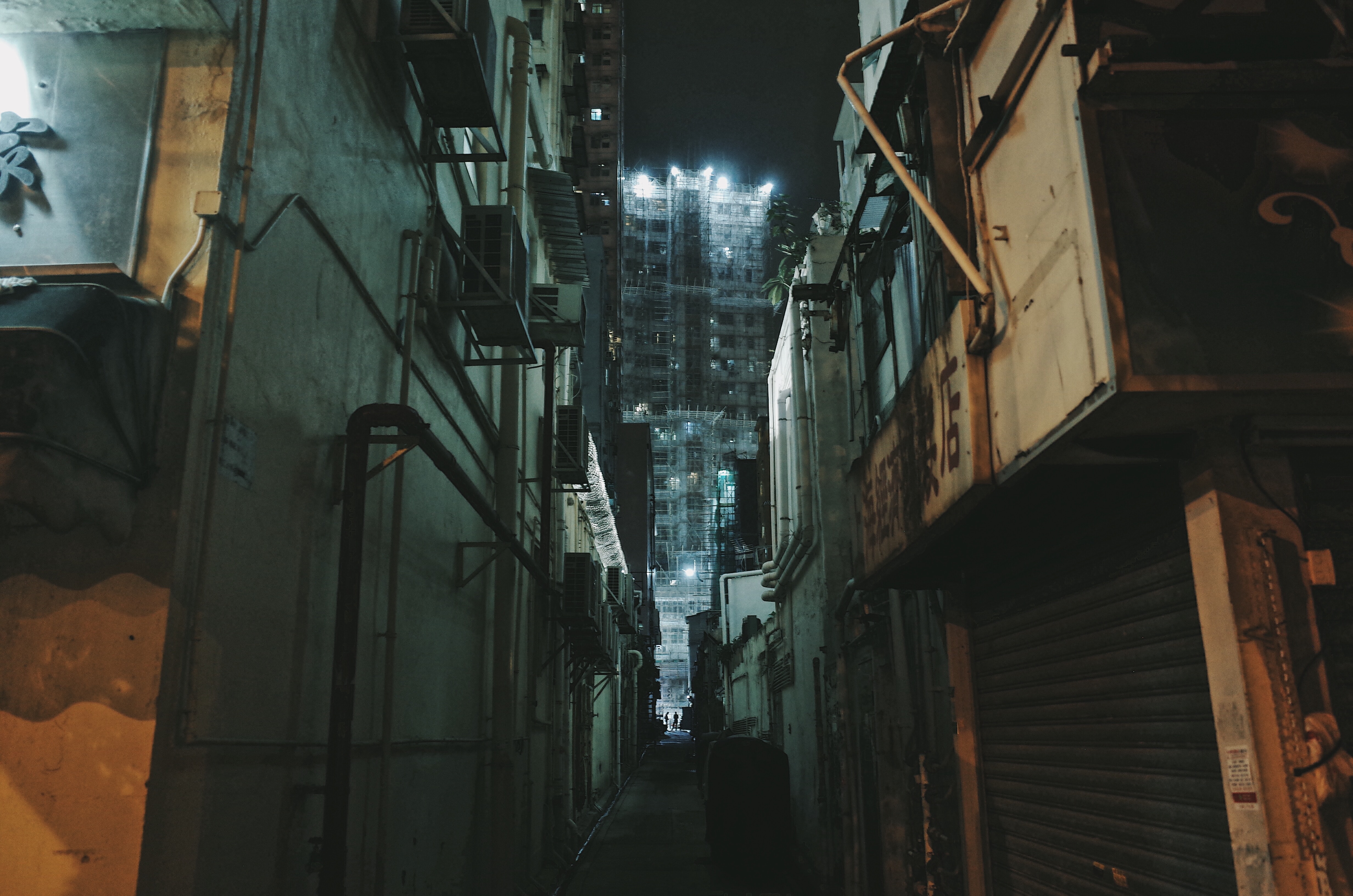 JARED RAPOZA
It’s nighttime. The skyline is covered by neon lights and rugged, urban terrain giving the city a dystopian atmosphere. Blending the innovation of technology with the murky gray space in which the machine and human merge as one. Standing out from the fluorescent lighting, a three-story brownstone emits rays of light from its windows: lights changing in hue and intensity, synced with the bounce of music playing within the structure. An older crowd – almost too old to justify their midnight outing – approach the building, attracted by the allure of flirtatious lights and melodies. One individual in the group hands something off to the bouncer, opening the front doors to enter the club. In the parking lot behind the club, another collective of individuals move towards the building; their gaze focused on what’s ahead. They enter the back door without confrontation, joining through more traditional, expected means than the traditional route the first group employed.

Artist Influence is a unit comprised of ideas – unorthodox concepts urging to disrupt – which transform into game plans.

Artist Influence thinks, conceives, and develops promising ideas that align with its backbone: ideas which, when combined, effectively garner fans as opposed to streams. Streaming can dilute and convolute the artist, incentivizing incorrect assumptions leading to poor decision making from creators.

Streaming drops a veil – an illusion of clout and superiority – that shrouds the public from distinguishing reality. We focus on what’s real – humans – to build authentic, loyal fan bases for our clients; providing services for the platforms and mediums which have proven to break artists. Artist Influence helps artists amplify their careers by developing tools and strategies to replace outdated roles in the music industry.